Someone elseweb crossed a couple of wires and mentioned Robert Frost when they meant Robert Burns. And I got that awful itch in my brain that I get sometimes.

So first this happened:

For though yer land an’ mine
Are neighbors near, an’ a’ that:
We split the apple frae the pine
A Wall’s a Wall for a’ that.

Then a couple of days later:

The way a pest
Crept up the side
Of the Sunday best
That you wore with pride
Made me see
How I’d be viewed
And rescued me
From being rude.

Then it was late at night and I took a bath. Unfortunately, I get ideas in the bath.

Thare’s mony speak o’ Rabbie Burns
An’ mony Robert Frost.
An’ gin the writers maun tak’ turns
Then for the first I favour Burns.
But gin the other micht be lost,
I think I ken enouch o’ verse
Tae say that as a poiet, Frost
Isnae worse
An’ worth the cost.

As Fade mentioned on Twitter, there’s an interesting space for parlor games here: crossing over the works of two poets that overlap somehow, whether by their names or some other characteristic.

The mic is open.

Well, that took a couple of hours, but I think I got all of the spam from the past few weeks.

If anyone posted a long stream-of-consciousness-style Joyce parody about Tumblr, dating sites, and hormone supplements, it probably got deleted too.

For Teresa and me, March 1 has long been the anniversary of the day we moved to New York City, back in 1984.

This year, it was also the first anniversary of the announcement of the first known case of COVID-19 in New York City.

With any luck, we’ll live to mark future March 1sts as the anniversary of when Teresa got her first shot of the COVID-19 vaccine. And thanks to my being up-and-online freakishly early this morning, March 2, I unexpectedly got my own first shot today. We both have appointments for our second shots.

Signs and portents. Maybe we can make some light.

What
Making Light was invented by Teresa Nielsen Hayden in July 2001 and is now made by her along with Avram Grumer, Patrick Nielsen Hayden, and Abi Sutherland, none of whom she invented. More about all of us below. In the words of Kevin Maroney, “A better future isn’t going to happen by itself.”


We all think our readers are the best thing about this weblog. If you’re not reading the comments, you’re missing half the fun. 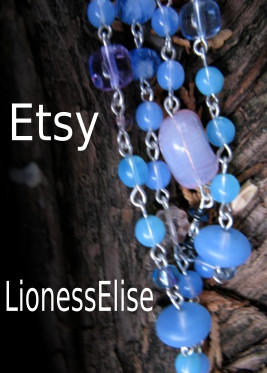 More What
Consult the informative Nielsen Hayden home page. Or about.me/patricknh and about.me/tnh.

Also useful: Making Lighter (for handhelds, older browsers, low-res displays, &c). We'll probably manage a genuinely optimized-for-mobile version around the time that humanity is uploading its consciousness into the ubersingularity.

Us on Twitter: Patrick, Teresa. Avram. Abi. And as mentioned above, Making Light.

Tor Books, where Patrick is editor-in-chief and Teresa consults.